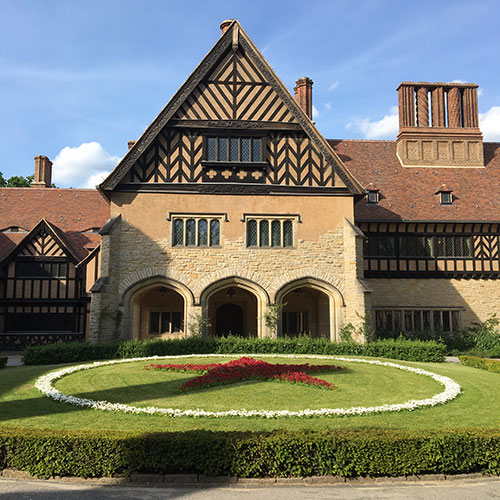 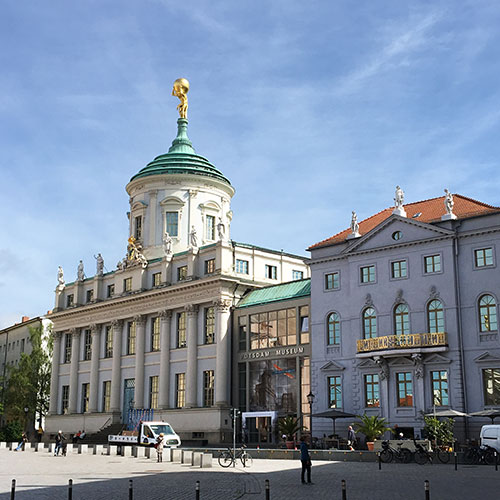 The Museums in Potsdam

LatLon-Europe presents a choice of the most remarkable museums for every city, be it a metropolis or a small town. Allow yourself to be surprised by the quality of diversely themed and inspirational museums. 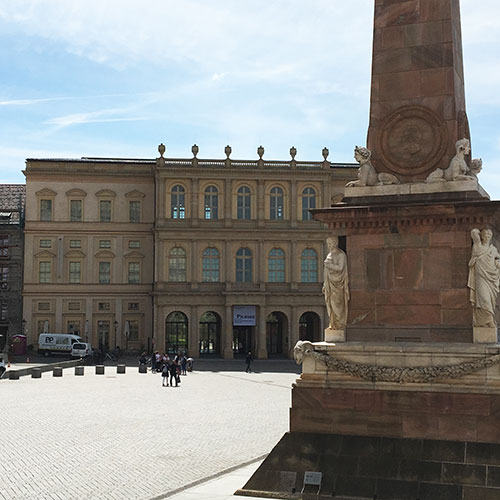 Potsdam is rich in a new Art Museum through the founding of the Barberini Museum. The exhibition themes range from Old Masters to contemporary art. The focus is on Impressionism. Many of the exhibited works come from the collection of the founder and patron Hasso Plattner. The Barberini Museum presents three temporary exhibitions each year with loans from international museums and private collections. Opened in 2018, the museum has developed into the leading cultural institution in Potsdam and the region. 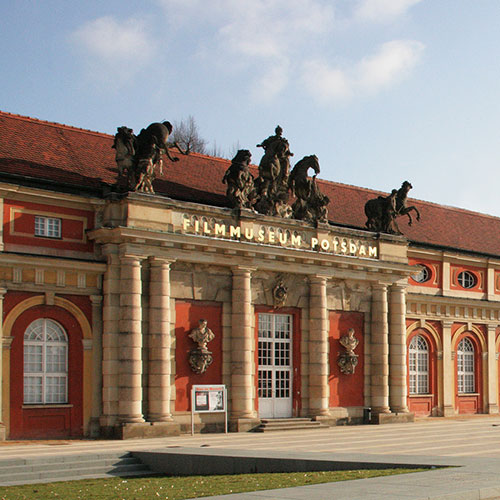 For those who spend a few days in Potsdam, visit the Babelsberg film studios and if you don't have time to go there but are passionate film fans, then the Film Museum is a good alternative, it is dedicated to the history of the studios and also presents the theme of using films for propaganda. The museum has the advantage that it is not far from the train station in the heart of Potsdam, right next to the Potsdam City Palace, which was rebuilt as the seat of the Brandenburg State Parliament. The building is the former Orangery/Arsenal of the City Palace. Photo: © J. Leopold (FMP) 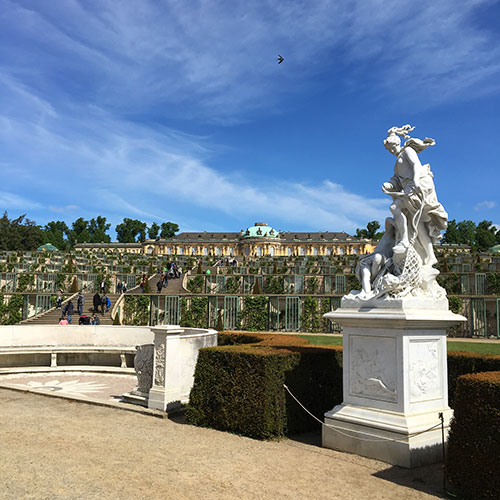 Sanssouci palace is only one of the 30 sites administered by the Foundation of Prussian Palaces and Gardens (SPSG). It was the summer residence of the most important Prussian king, Frederick the Great, who started planning it shortly after taking the throne in 1740. The architect Georg Wenzeslaus von Knobelsdorff (see also Berlin Opera) realized the mansion-like palace (with only twelve rooms) in a distinct rococo style. The king spent much time at his beloved “little vineyard house”, how he called it, where he could enjoy privacy and follow his manifold interests. He died there on August 17, 1786, and, according to his wishes, was buried – although belated – on the garden's upper terrace, next to the palace.

You can find more information about the palaces and monuments on our page "Sightseeing in Potsdam".

Museum FLUXUX+ emphasises on the artist Wolf Vostell and on the works of artists of the Fluxus movement. Thus the exhibition provides a review of the development of the Avantgarde during the second half of the 20th century. Four contemporary artists allow a glance on today´s interpretation of the dictum:art=life=art.

The museum is located in the Schiffbauergasse, a cultural center that developed in a former port and shipbuilding area. Visit our website "Culture & Hightlights" for more information. 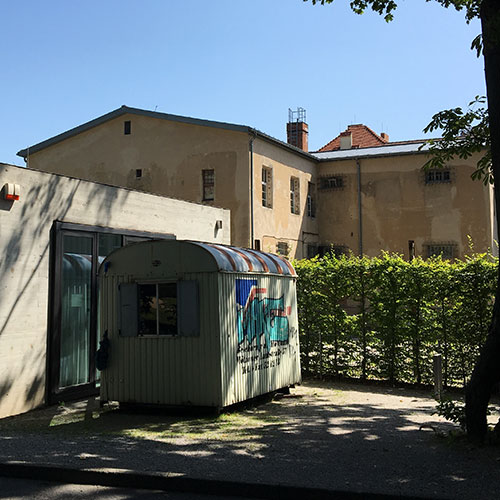 The former Soviet prison of the Committee for State Security (KGB) is located not far from Cecilienhof Palace and at the foot of the Pfingstberg with its Belvedere in the former KGB area. The historical building makes it possible to understand the functions of this place of terror through a very well realized exhibition and by visiting various rooms preserved in their original state. The "Memorial and Meeting Place Leistikowstraße Potsdam" is also a place of remembrance, meeting and discussion.

The SED dictatorship in Lindenstraße

Located in the centre of Potsdam, the Lindenstrasse Memorial traces the history of political persecution and violence in the two dictatorships of the 20th century in Germany - but also the victory of democracy with the peaceful revolution of 1989/90. In the former inner courtyard and prison complex, a multimedia exhibition takes visitors through the various epochs. The focus is on those who were imprisoned for political reasons during the Nazi dictatorship, the Soviet occupation and the SED dictatorship, as well as those who contributed to overcoming the SED dictatorship in 1989/90. 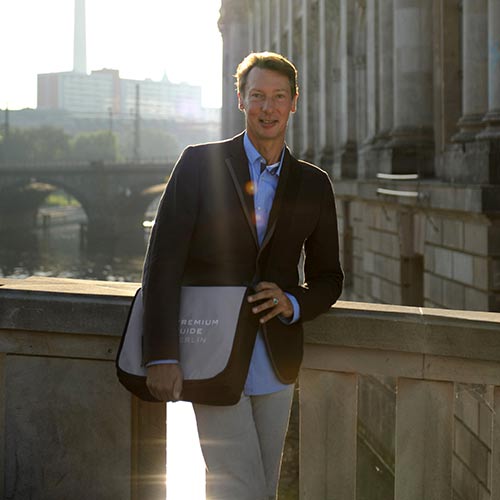 Your private guide will give you good tips during the personalised sightseeing tour for you and your family in Potsdam.

A guided tour of Potsdam in English is the best way to understand and appreciate a city with its Prussian past and many palaces. Contact me for a personalized guided tour.

Jean-Pierre Andreae also offers you personalised and private guided tours of Berlin as well as thematic guided tours. For groups and travel agencies, it offers various services and guided tours adapted to your needs.

The other museums in Potsdam

Potsdam's museums are often not as large, but sometimes offer an turbulent history, such as Cecilienhof for the Potsdam Conference with the agreements of the Anti-Hitler Coalition or the Haus am Wannsee, the site of the Wannsee Conference and the genocide of the European Jews. More romantic is the house of the painter Liebermann or Einstein.

In the former town hall, the museum is completely and interactively dedicated to the thousand years of Potsdam's history.
Am Alten Markt 9 - 14467 Potsdam
Tuesday to Sunday 10am-5pm (6pm weekend)
www.potsdam-museum.de

Dedicated to the history of the Russian Colony (UNESCO) in the most beautiful Isba.
Alexandrowka 2 - 14469 Potsdam
April-October : Thursday-Tuesday 10am-6pm
Winter : Closed (partially in March)
www.alexandrowka.de

In the Russian style, the museum dedicated to the Dutch quarter and its architect is located here.
Bussardsteig 9, 14195 Berlin
Every day 1pm-6pm (weekend 10am)
www.jan-bouman-haus.de

The Babelsberg Studios are both an amusement park and a venue for international large-scale productions.
Großbeerenstraße 200 - 14482 Potsdam
Every day - See homepage
Between 15 € and 22 €, Family 65 €
www.filmpark-babelsberg.de

House of the Wannsee Conference

On 20 January 1942, representatives of the SS, the NSDAP and various Reich ministries discussed cooperation in the planned deportation and murder of all European Jews.
Am Großen Wannsee 56-58, 14109 Berlin
Every day from 10am to 6pm
www.ghwk.de - Free admission

It is the wooden house built in 1929 in Caputh, which was inhabited from 1929 to 1932 by Albert Einstein and his family.
Am Waldrand 17, 14548 Schwielowsee
April-October on Weekend from 10am to 6pm
www.einsteinsommerhaus.de

The summer house of the painter Max Liebermann has been accessible as a private museum since 2006 and is located in Wannsee.
Colomierstraße 3, 14109 Berlin
Wed.-Monday 11am-5pm (10am-6pm Summer)
www.liebermann-villa.de